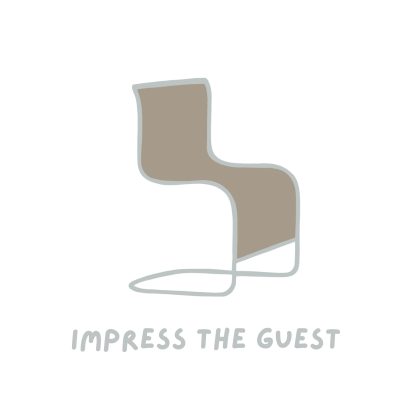 Since the future is uncertain, it’s hard to know when we’ll all be back in the office again. What is certain however, is that working from home has taught us a lot. Some people may have taken a different approach to how they work, some may have incorporated fitness into their routines, some may have realized that what they’re doing is not what they want to be doing anymore, and some may have just taken this time to focus on themselves. By focusing on themselves, I am referring to the incorporations of self-care. Whether it’s taking a bath, reading a book, or simply taking a walk, self-care has manifested itself in many new and positive ways for a multitude of people. It is for this very reason that I decided to write a blog post on shower heads.

Though shower heads are not necessarily the first thing that come to mind when you think of self-care, changing your shower head can make quite the difference for your daily routine. And I promise you’ve noticed it too and here’s how I know: have you ever been to a hotel or even just taken a shower at a friend’s place? It’s a different experience all around isn’t it? And it’s not just because you’re somewhere you’re not used to, it’s because the shower head is different!

Luckily for you, shower heads come in wide varieties, giving you plenty of options. But there are some things you should consider before you make your purchase:

What kind of water pressure do you prefer? Strong, light, or in between? Keep in mind that shower heads require a certain number of psi in order to flow effectively. Most shower heads need between 40 and 60 psi. Make sure your home has enough water pressure for the head you choose. Additionally, remember that the stronger the water pressure, the more expensive your water bill is going to be.

2. Shower spray settings – pick a shower head that adjusts to the intensity of your liking

Almost every shower head gives you the option to adjust the intensity of how the water releases. The four settings are the following:

Keep in mind that the more water pressure the shower head requires, the more energy it will consume. If you’re looking to save money, then look out for a “WaterSense” label when buying a shower head. This label basically means that the shower head will not exceed a certain amount of water (more than 2.0 gpm.)

Pros: Most simple shower head you can buy. Non-adjustable, but affordable.
Cons: Usually contractor-grade which means it’s not made from quality material. Non-adjustable meaning only one spray pattern.

Because the shower head comes in closer contact with you, the experience is different. It makes rinsing much more efficient. Hand held shower heads are also great if you have children or animals because it will make bathing them easier.

Pros: Variety of spray settings as well as a variety of shower head options to choose from. Affordable. Stronger pressure since you can put it as close to your body as you’d like. Easy and quick to rinse.
Cons: Strong water pressure can cause the shower head too clog. More Prone to leaks as well.

This kind of shower head is not like your typical kind. This shower head is mounted into the wall directly above your head allowing the water to flow straight down, like a rainstorm.

Pros: Fancy appearance and experience.
Cons: Usually only have a single spray option. Low water pressure. It’s quite the process to install these kinds of shower heads as well.

These are not for everyone because they are complex, very expensive, and take up quite a bit of space. My advice to you: if this seems like something you would want, be mindful of the fact that once installed, you won’t be able to go back to a normal shower head as the shower wall will most likely be permanently damaged.

Pros: They’re adjustable and come with a variety of spray settings.
Cons: Pricy and hard to install.

These are pretty self-explanatory. They’re shower heads with a strong water pressure. (These are my personal favorite, I find the intensity of the pressure to be very relaxing.)

These are eco-friendly because they’re designed to use less water (around 1.5 gpm, whereas a regular shower uses 2.5).

Pros: Good for the environment. Additionally, you’ll save money because you’re using less water.
Cons: Not as fulfilling as a shower head with stronger pressure. May take some time to get the shampoo/conditioner/body wash off your body.

Pros: double shower heads, hand-held and wall mounted. A variety of spray settings.
Cons: Will increase your water bill. Can take up quite a bit of space.

If you’re trying to add some ambiance to your shower experience, then LED shower heads are something you should check out. You can change the colors to your liking and to the temperature of the water. (hot being red, cold being blue.)